This was a downright cruel direct shit feed where I took a massive shit directly down his throat while riding his face to enhance my orgasm. When he started to vomit I could feel the shit he swallowed seconds earlier pushing back against my asshole. I held onto his head, pushed my soaked pussy harder into his nose and face, and started to shit faster down his throat to ensure he has to swallow his vomit and my new shit back down. His gagging and vomiting while having to continue to swallow as I kept shitting down his throat just made me cum harder.

It started out with me sitting on his face so he can eat my ass. Losers like these will never be loved by beautiful women and I do feel sorry for them. That’s why I let them sniff and lick my dirty ass with my wet pussy in their faces. This way they get to taste a woman’s asshole AND smell her arousal.

But giving a loser such a treatment does come at a price, MY PLEASURE of shitting down his throat. So while he is licking my ass I just start to shit in his mouth. This is also a good reminder to show him how little women think of him. As his mouth got full you will see a very long thick & soft turd escape between my ass and his lips. It felt so amazing to feel my warm shit mushed between my ass cheeks and his face. While shitting I started to ride his face and enjoying the warm mess on his face in order to climax.

Once I was done I lifted up a little and enjoyed feeling his tongue scoop the remaining mess of my shit out of my asshole from between my ass cheeks. But it gets even better!

I got up and filmed him up close. You’ll now see him eat that first long and thick turd you saw come out between my asshole and his full mouth. He ate the entire thing on camera! All while seeing some of my soft shit and shitty vomit stuck on his chin, it smelled so fucking GROSS even I gagged a few times while filming him consume everything. Yes, I even made him scrape that vomited smeared shit blob of his chin and filmed him eating that TOO!

He is such an amazing shit eating toilet pig! His dedication and devotion to eating women’s shit know no bounds!

Disclaimer: Please never attempt to do what I did in this video. Shitting directly down someone’s throat in such an extreme way as I did here is really dangerous. I have been doing this for years with men and women so never attempt this.

Be sure to check out all my other intense and kinky clips! xoxo 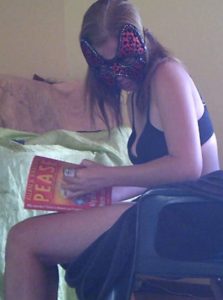 More Clips From This Seller

Finally Gas But No Diarrhea

Covered in shit and a hard orgasm

Pissing by the lake