ScatShop Shop Enema When ass opens, it’s like a flower

Without knowing it, I developed toilet fetishist in my slave husband. At some point, I started using him as toilet, shitting on him. He saw I take shit, but he didn’t like the taste, he gradually got used to him, but I didn’t know that he liked look of the process when I shit. As he described, when ass opens, it is like a flower that blooms and nectar comes out of it. I found out by chance that he was spying on me, noticed a small camera in the toilet. Now I let him spy on me on purpose sometimes. I even like it
1. Slave husband peeps on me when I shit
My slave husband became toilet fetishist. It turns out that he’s been spying on me in the toilet as I go to shit and piss for quite some time now. He would set up hidden cameras, he would sneak behind me in the toilet and watch me shit and take pictures. Only recently, by chance, I noticed him lurking near toilet bowl with video camera in his hands. Even after I started kicking him out, he didn’t leave. With his eyes burning with excitement and his mouth agape, he continued to films. Well if you so want it and you like it so much, I’ll arrange your paradise life as my permanent toilet bowl and toilet slave
2. Husband-slave toilet fetishist again spy on me
After I found out that my husband-slave toilet fetishist, that he likes to spy on me in the toilet as I shit and piss, I allowed him to sometimes spy on me, even specially started to film for him as I shit. But for him this is not enough, he still sneaks after me, but now he is not afraid of punishment that I will catch him, because I allowed this. Yes, I allowed, but not constantly. And now I have a dilemma, to punish not to punish. But I am his Mistress and I do not need a reason for his punishment, so in the next few days I’ll moral lower him below the toilet bowl to the full and You will see it

There are no reviews yet. 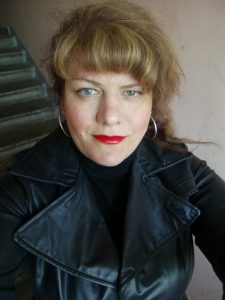 There are no reviews yet.

More Clips From This Seller

a glass of pee

ScatShop Shop Enema When ass opens, it’s like a flower